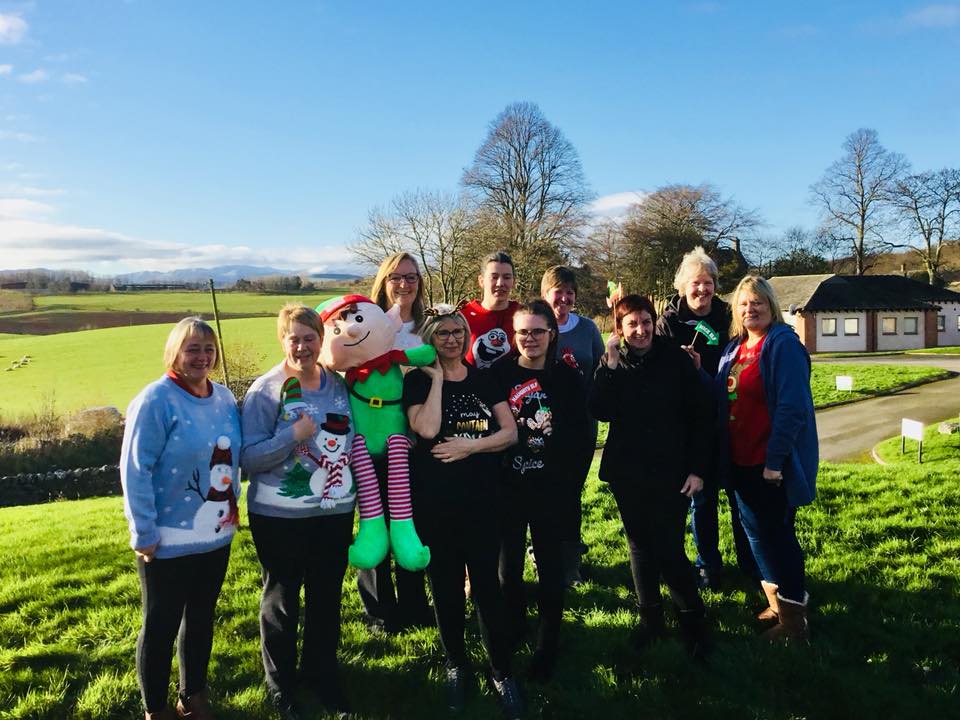 Unfortunately, Elton Elf had a little bit too much fun at Santa’s office Christmas party and missed the last sleigh back home to the North Pole. As a result, he was stranded in Cumbria and unable to get back to help Santa with his Christmas preparations.

Being the resourceful little elf that he is, and with a bit of logistical help from Elton Finance, he’s been earning money towards his ticket back to the North Pole by working for as many local businesses as he can. 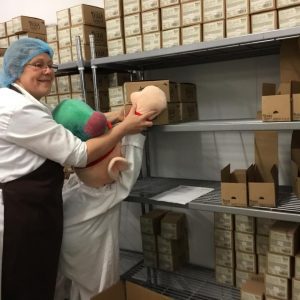 On the 29th November, Traybakes had a visit from Elton Elf and he worked so hard packing boxes of Traybakes ready to be shipped to our lovely customers, that our MD Justine paid him some wages towards his ticket back to the North Pole.

Now, whether Santa eventually remembered to pay for Elton’s ticket or Elton remembered where he’d left his magic elf dust, we’re not sure. However, in the end, Elton has been able to donate his Work Experience wages to CFM Radio’s Cash for Kids Charity Appeal.

As we have witnessed, Elton Elf is an enterprising little chap, so he has also set up a Just Giving page to carry on his fundraising efforts. Anyone wishing to donate to Cash for Kids can do so here: